Edited high-poly model from Matthi (now ~600 Triangles). Still missing are a few sand sacks attached to the basket (for deco) - thats why I left space in the uv map. The anchor will be an own object. 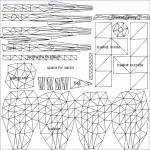 Can you make a high-poly model for the anchor and render it as 64x64? It'll be a sprite in the game.
Quickreply NewtonReply

k - didnt knew we are still using sprinte, i thought everything would be made of models.
Quickreply MimmoOReply

Hmm well, I think objects this size are better off as sprites because all objects will still have title images. If the title image can be the ingame graphic, there is no need for an extra-model.
Quickreply NewtonReply

>What are the four small parts left of the flag?

Just map it on the model and you'll see?
Quickreply NachtfalterReply

Holders for the thing where the flames come out
Quickreply NewtonReply

Matthi will eventually create a fixed model (as this one is a bit too low-poly too), the uv map might be a different one then. Please don't bother to do any texture yet.
Quickreply NewtonReply

Date 2009-07-08 19:04
Well ok, the texture for this model is about 50% complete so far. Maybe you want to see the current version and check if it fits in with the style of other objects?
Quickreply MarkyReply 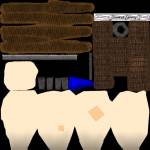 for everyone who cant imagine:

i would also prefer a darker baloon itself and more Fix-thingies on the baloon. there should also be a greater contrast between those and the baloon. the basket is nice, but the metal(?) is a bit to light. flag is okay, ropes are nice.

Hm I got the proportions wrong. Perhaps I should leave this kind of work to proper 3d artists... Also, after talking with ModernClonker, perhaps this model is a bit too low-poly if one consideres that the thing is about as high as the wind generator.

For gameplay reasons, having correct proportions might not be such a great idea, because you would either get a platform that is too small to load vehicles on it, or a balloon that is too large to navigate through Clonk landscapes (Especially if we zoom in, which would promote the design of much smaller landscapes).
Quickreply Sven2Reply

The balloon on the sketch is far from having correct proportions, look it up on google images. I think if first the model is created with a uv map (and normal map), one can later change the proportions without changing the uv map (and thus trashing the texture- and normalmap work).
Matthi, what do you think?
Quickreply NewtonReply