Date 2016-06-18 09:41
I have fixed the normal map of the brick material which was erroneously identical with the brickback normal material.

The brick texture is in dire need of a revamp anyway, but until then my little work here will hopefully be of use.

I hereby license the file brick.jpg under the CC-BY license

I hereby license the file brick.jpg under the CC-BY license

I hereby license the file brick_dark.jpg under the CC-BY license

I hereby license the file brickback.jpg under the CC-BY license 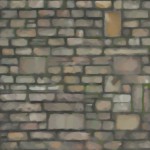 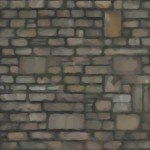 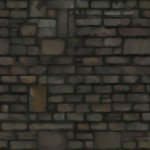 I think it's alright, so I'll push it along with the updated normal map.
Quickreply ClonkonautReply

You should test it ingame, though. I think that the filter Marky applied broke the tiling.

Tiling is broken though.

You could probably tile the image in a 3x3 arrangement, then apply the filter, and then cut out the middle image. That might keep the tiling intact(?)
Quickreply ZapperReply

By Anonymous Date 2016-06-18 22:08
Before someone else bothers with creating a completely new texture. I just learned that this has already been done by someone else in milestone-2 (I'm still trying to grasp the organization of the OC project, it's not very intuitive for newcomers).

Oh, yeah. Thanks for the reminder. I forgot about that very quickly!
Quickreply ClonkonautReply

Date 2016-06-19 09:43
I did not know about that, but the texture presented there does not fit the new style either. I'll fix the tiling and test it again (the effort for applying the filter is not that much, so I don't mind if the texture will not be used after all).
Quickreply MarkyReply

Date 2016-06-20 19:03
Matthi's texture looks quite good (did not see it ingame yet) - it is a different texture than the one that exists as a preview in the trello card.
Quickreply MarkyReply