Isilkor's server is currently broken, which includes our git repositories. We already have a mirror of the main repository on github. I think we should just move the other repositories over as well and continue development on github. Any objections?
Quickreply LuchsReply 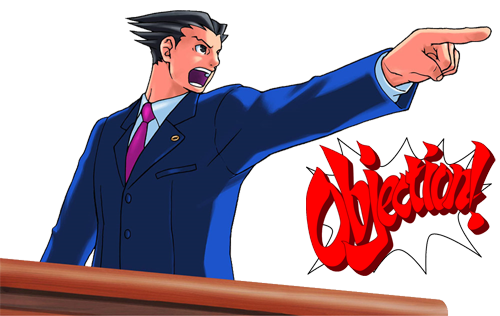 By Maikel Date 2018-04-26 20:57
I kind of liked the fact that we do not depend on external sites like GitHub for our development. Can't our new webspace host git.openclonk.org as well?
Quickreply MaikelReply

Technically it could, but I'm not keen on running it there. I just don't see what we win by self-hosting our git repositories. Is the issue that you don't trust the company? GitLab is an alternative similar git hosting service we might use.
Quickreply LuchsReply

By Caesar Date 2018-04-27 03:39
Is gitlab really as much better than github as people claim?
Quickreply CaesarReply

As long as you don't self-host gitlab, I guess it's mostly about avoiding the github monopoly.
Quickreply LuchsReply

By Maikel Date 2018-04-27 10:03
I don't know much about GitHub and like their website in general. But we always were a community that was very self-contained/independent, which I liked a lot.
Quickreply MaikelReply

By Caesar Date 2018-04-27 03:43
I have the same sentiment. But I do lack good arguments in its favour. And it does cost us quite a few brain-hours.
Quickreply CaesarReply

github would be better than having nothing though.
Quickreply Sven2Reply

What would be lose with github?
We wouldn't have such a sophisticated search anymore, right (i.e. pickaxe/regex search)?
Do we have git hooks that we couldn't port? (e.g. for checking line endings and for notifying the IRC bot/snapshot system)

PS: Still not convinced though. What about setting it up at the new server?
Quickreply ZapperReply

>We wouldn't have such a sophisticated search anymore, right (i.e. pickaxe/regex search)?

Those search options are just thin wrappers around standard git commands, so you'd have to use those in your local clone.

This one is a bit problematic. GitHub doesn't support synchronous hooks that could block pushes. All you can do is mark some commit as failing the checks. There's the concept of "strict checks", but with those, you can't push to protected branches (i.e., master) directly and have to go via a separate branch (plus pull request) instead. I believe that having everything go through a minimum amount of code review via a pull request would be a good idea, as we have some really low-quality commits from time to time (including from me) where issues could be easily caught by having someone else have a quick look. But this should be a separate discussion in any case.

These work fine with webhooks. GitHub also has some built-in IRC and Mantis notifiers we might try out.

>What about setting it up at the new server?

See above, it's another thing I'd have to administrate which I am not happy about.
Quickreply LuchsReply

I am by the way in favour of changing!
I think the loss in features would be minimal (just a few search options Zapper said, I guess). As far as I know, git hooks are possible with github?

Apart from that, I like the few extra functions, like code review through comments. And we aren't handling the github content fully, meaning that we don't really respond to issues or pull requests in due time. Especially pull requests I find very annoying to incorporate with our separated repository.
Quickreply ClonkonautReply

I don't think that will change. You already have the complete repository on github and can activate notifications for issues and pull requests. I, for example, check the github page frequently. Why would that change if the other server was gone?

>Especially pull requests I find very annoying to incorporate with our separated repository.

Ideally the person who merges the github requests tests them, too. So then you'd need to pull them to your local repository anyway.
(What I am saying is: please test stuff!)

>I am by the way in favour of changing!

But yeah, I am still not completely against it. I just don't see what we would win. And we would lose a bit (even if "just" the search options (which I have used)).
Quickreply ZapperReply

I perceive github as the de-facto standard for open-source communities. I usually stop bothering reporting a bug for some project once I notice I have to register a new account in some obscure bugtracker (Like we do :)). Using github streamlines a lot of that, so we might consider moving issue tracking over completely as well.
Quickreply MatthiasReply

>Using github streamlines a lot of that, so we might consider moving issue tracking over completely as well.

What would be the advantages? Users can report issues on GH already and I don't have the feeling that those have been neglected so far.

We would, again, only lose some features. E.g. release planning (roadmap), which we have used extensively over the last 9 years

>I perceive github as the de-facto standard for open-source communities.
> I usually stop bothering reporting a bug for some project once I notice I have to register a new account in some obscure bugtracker

The "advantage" I have in mind is just to have an active Github page. I know that I judge "regular" open source software by this (and by documentation quality). But maybe games are a much smaller percentage of the projects there and people don't _really_ look at Github for them. And if there's features missing, I guess it can't be helped anyways.
Quickreply MatthiasReply

For libraries, I do the same. But I focus more on the commit activity than the issue count. And, as you also suggested, I don't think that holds as much for games
Quickreply ZapperReply

> We would, again, only lose some features. E.g. release planning (roadmap),

Exists on github as well. Even a board like Trello. They call this view "Projects"
Quickreply NewtonReply

Did we recover all the branches of the repository btw? Or was there some loss of data?
At least with the personal repositories, I guess? Maybe another reason to switch to github? I know this was an exceptional things but still, github is less prone to major failures, I'd say.
Quickreply ClonkonautReply

I also don't really like how currently our hands are tied. Having more than one person as administrator is also something, I'd like.

Or to say it differently: how long are we to wait until things return to normal? (See e.g. the problem Randrian got with the missing resource repository). And with that, I am definitely not saying that Isilkor should hurry up and work for us. No. Rather, us switching to a full-fledged git service that is ready to use without one person having to invest hours of work into getting things done on a private server.
Quickreply ClonkonautReply

I'd say it's still a good idea to have both, private and github, so we can use one as a backup if the other one is currently down.
Quickreply K-PoneReply

We could easily mirror the repository to gitlab or bitbucket for redundancy without the administrative overhead.
Quickreply LuchsReply

We can implement a check for line endings that marks commits as broken, but we cannot prevent broken pushes. See above
Quickreply LuchsReply

I think we've had enough discussion, can we do a vote on this? Everyone with commit rights, please reply with "switch to github" or "keep old server". Note that "keep" does not imply less work here as the old setup is lost.

By Maikel Date 2018-05-02 19:34
In what sense is the old setup lost? No backup of the configuration?
Quickreply MaikelReply

As far as I understood it, Isilkor's server just imploded without warning and all these configurations are lost. So someone has to sit down and spend a few hours to redo everything.
Quickreply ClonkonautReply

Definitely. For me, this vote was a statement about preference. If Isilkor doesn't want to bother with the own git server or gitweb anymore, then we'd either have to find someone else willing to do that or still move to another provider.
Quickreply ZapperReply

As far as I understood it, the "keep old server" option means setting up git by Luchs? Isilkor was eager to get rid of the administrational work associated with it.
Quickreply ClonkonautReply

Date 2018-05-05 13:36
Github doesn't have an import functionality for bugs, does it?
Quickreply CaesarReply

There's an API, so it would certainly be possible. Making the bug ids match is another matter though.
Quickreply LuchsReply

Date 2018-05-06 03:43
Mh. That's kind of important, though… Shouldn't we able to make that work by moving the current github.com/openclonk/openclonk to somewhere else, create a new one, and then create the bug reports in the correct order, creating dummy things where missing?
Quickreply CaesarReply

This is the documentation: https://developer.github.com/v3/issues/#create-an-issue

Though, to switch to github issues could be an opportunity to have a fresh start there: Keep around the old bugtracker for a while (read only perhaps) and only move over the important things. (Crashes, bugs and things that are important to the developers)
Quickreply NewtonReply

By Maikel Date 2018-05-03 20:01
A change of vote can occur when the correct incentives are present!
Quickreply MaikelReply

By Isilkor Date 2018-05-04 21:46
I'm mostly eager not to do the entirety of setting up the git stuff again while this debate is/was still open.
Quickreply IsilkorReply