There are two ways objects, definitions and effects differ from proplists:
- Functions can declare that they want one as a parameter. Engine-defined functions get a pointer to the internal C++ type instead of a plain pointer to a proplist.
- Some properties behave differently. For example, foo_effect.Name=42 throws an error, where foo_proplist.Name=42 just puts 42 into the Name property.

For other kinds of data, like the global variables or the actmap, the engine uses ordinary proplists and merely reads and writes the properties.

It'd be cleaner to split the Global proplist into one with just the object functions and one with the global functions, and make the former the prototype of the definitions and the latter the source of global functions.

For new engine functions that aren't intended to be called on objects we might want to consider putting them into a new proplist, and making that the prototype of the proplists the script works on.
Quickreply GüntherReply 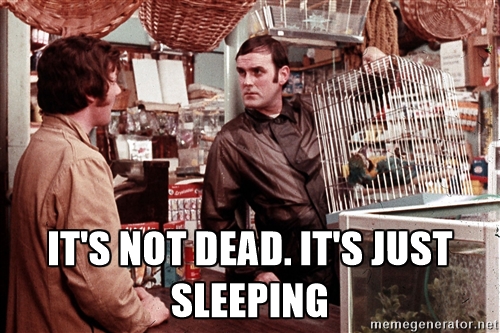 Date 2020-01-06 17:13
I am actually working on something, so it's only sorta-dead. Hibernating? The sleeping beauty :D
Quickreply MarkyReply

Date 2020-01-06 17:28
Yes :D Although I really need someone to explain to me how the release process works. The wiki pages were not that clear, and I'll announce something when it is in a desired stage.
Quickreply MarkyReply

Well, currently it doesn't work - we just have the snapshots. But actually having something to release would most likely motivate Isilkor and me enough to fix it. :)
Quickreply LuchsReply

Date 2020-01-09 20:34
I tried my luck on separating the object functions proplist from the global functions, without success. The game just crashes :D