As the replacement for the coal plant. The model is from Nachtfalter, this is the low-poly version with the UV map. So, who wants to texture it? 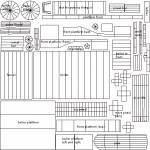 Before we make the model final by texturing it: Nachtfalter, I think it would be nice to have a display somewhere on the model itself which shows how many reserves (coal, wood, oil) there are still left for burning - so that the player sees when he needs to refill the supplies. Any ideas how this could look (good)?
One thing would be the rotating thing to the right - the faster it rotates, the more stuff is left. But this'd be a bit fuzzy eh?
Quickreply NewtonReply

How about the smoke? White smoke indicates good burning and than becomes dark-ish to deep black. (+ rotating thing!)
Quickreply NachtfalterReply

Well as said... its a bit fuzzy. I donn't like that. I'd like to show for how long the ressources will still last, not if there are any left.
Quickreply NewtonReply

How about a big gauge, with a needle like this.
Quickreply NachtfalterReply

ui, cool! :o
So actually, you only need to model a needle, the rest will be in the texture of a thing, no? Except you want to put it somewhere else than on one surface. I mean, the gauge needs to be pretty big, no? Here is the exported updated model.
Attachment: steam.obj (49k)
Quickreply NewtonReply

This maybe can improved. I have heavy problems with the ladder... 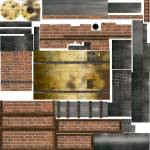 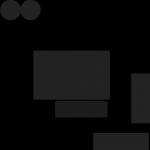 Apparently the forum cannot conceive that one post can have two pictures with the same basename.
Quickreply GüntherReply

Looks like a lowpoly model, thats good. Better it would have normal- or bump maps. I hope they, or one of them would be integrated later in OC.
Quickreply DragonclonkReply

I like the design with the bricks and wood. Can you post the PSD? I want to add some details at some parts - and I think we actually need a ladder with polygons. One face doesn't look so good.
Quickreply NewtonReply

An alpha map and a fitting normal map should do the trick with the ladder.
Quickreply MatthiasReply

Nobody knows whether the engine supports such things, thats the point.
Quickreply NachtfalterReply

and for this ladder out of polygons, you just need 7 faces or so. Its not really worth a discussion ;-)
Quickreply NewtonReply 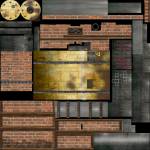