Is there anyone of the render artists who can create a better explosion particle animation?
Quickreply NewtonReply

Date 2009-05-30 15:46
wouldn't it be better to visualize it with a script instead a prerendered animation?
Quickreply MrBeastReply

If we use the hazard blast, wouldn't the particle be covered by the smoke anyways?
Quickreply ZapperReply

Not completely. And Ill fix that a bit.
Quickreply NewtonReply

I hereby license the following file(s) under the CC-by license:

Looks good! However can you please do the following:

Random red particles on top might also look good with the bright explosion behind. While that explosion looks good, it's only one explosion, and that becomes obvious and boring rather fast.
Quickreply GüntherReply 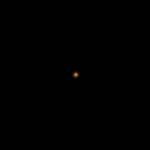 Yes that really looks quite good - since the explosion will propably be drawn additive - how does it look when you increase the contrast and/or the gamma of the animation?
Quickreply ZapperReply

Looks better! However, some more things:

The animation looks nice, but I'm missing some special areas with High resolutions, and some details in it.
Quickreply DragonclonkReply

You still up for that?

If you need help in creating sprites for including into the animation, post it here.
Quickreply NewtonReply

I'd like to reactivate the thread. ModernClonker, are you still working on it? If not or in any case actually, could you please post the project file?
Quickreply NewtonReply