The gameplay and design questions are still not decided, but that does not have to stop us from collecting a first round of graphics. We probably will have do discard or replace some of them later, but we will have to discard or rewrite a lot of scripts and engine source code, too, so that's no excuse ;-)

The goal is to get to a playable game as fast as possible, because matthes wants openclonk to at least be visually different from CR from the outset, and because it is always easier to judge things in a working context.

So what do we need? At least a Clonk and a rock, a sky, some material textures, some replacements for stuff in the Graphics.c4g. OpenClonk will be able to zoom, so it would be good to have this stuff in larger resolutions available. Randrian already made a clonk and I think he'll let us have it, so that's one point of the list. Graphics for more objects are also welcome, of course, but we will always be able to add more later. These graphics do not have to be perfect, but a good first impression will help us attract more contributors and they'll show up on historical screenshots ;-)

Now the unavoidable legal part: This is an open source project, so you have to give everyone in the world permission to alter and redistribute your graphics, and be legally able to do so, which means in practice that the graphics have to be made by you. This means that somebody could use your graphic in ways you don't like, so you have to be okay with that! To do this, state in your post that you license your work under the ISC license, the CC-by or the CC-by-sa license, or some other free license of your choice. (But please consider one of the first three, is-this-license-fee-enough discussions are mindnumbing.) Later we'll probably require that every graphic has the same license, so you get to influence which one it'll be now.
Quickreply GüntherReply

Date 2009-04-16 16:56
i suggest rendered picture 'cause you can calculate cool shadows with a raytrace-shader
it also saves computation time
Quickreply CarliReply

Picture, preferably in a high resolution. It does not even have to be rendered. But while I can't promise that we'll add support to render models, it seems highly probable, so a model could be useful for later.
Quickreply GüntherReply 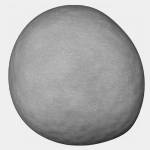 Thanks. I fear that the detail is a little too fine and will get lost when scaled down, but it's unmistakably a Clonk Rock ;-)

And unfortunately it's really unavoidable: What license do you grant for that picture? You can use multiple ones if you don't want to choose one.
Quickreply GüntherReply

Other rock! - (c) Florian Graier
(and one version with less edges) 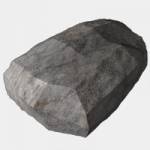 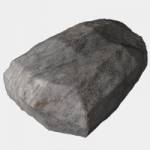 Date 2009-04-17 10:05
Hm. Better, but what about a more random shape? You took a cube and moved the vertices, right? And the second one looks a bit like a sofa cushion.
Quickreply CaesarReply

I dunno how high the resolution must be, so the shape get lost more and more if you resize the image. Maybe first try this Ingame and then we make a fine-tuning if requested. And yes, cube with vertice hustling.
Quickreply NachtfalterReply

64x54 should be OK. At least more than okay for a quick rock.
Quickreply NewtonReply

Rendering to include it Ingame (model will follow if requested)

As and object, or texture? Objects are principial ok, but in CR it lags a bit with more and more clouds...
Quickreply NachtfalterReply

Date 2009-04-18 11:25
Well, I've meant objects ("movable cloud objects"). Moving around in the direciton and with the speed of the wind, with different sizes, colors, shapes. A little bit like in "Divine Prophecy", but with today's possibilies. Technically, they could be similar to smoke.
Quickreply timiReply

The idea could go further. The "sky" in 2D-Games should actually not be the view up into the sky but the view "into" the landscape. Normally, it consists of minimum of two layers: First the sky and in front of that the landscape. Examples: 1, 2, 3, 4, 5, 6. As you can see, it works especially good with mountains.

The layer in the back (the sky layer) should be always tileable in all directions whilst the other layers must be tilable on the X-axis. This is all already possible with the engine now except that it is not possible to specifiy that a parallax object should be looped on the X-axis. Plus, while skies can be saved in JPEG-format, graphics of objects can't, thats why it is a whole waste of memory to save photos of mountains. Regrettably, I think there is no image format that does lossy compression like JPEG but offers a alpha-channel as well.

Edit: OK, there are JPEG-formats which can do transparency:

Date 2009-04-18 15:51
Wow, the pictures look awesome! I'd love if clonk had kind of a "layer system" with more than 1 background layer (and possibly even foreground layers?). One could go as far and say that the gui/hud is the layer nearest to the screen. I'd like the hud to consist of objects written in C4Script, the system of CR is quite inflexible.
Quickreply timiReply

There are already "layers" with parallaxity, no?

Edit: Actually, there are skies with landscape too. But the problem is, and this is my point, that they are not vertically tileable. Thus, the landscape may not be very high if one wants to use these skies.
Quickreply NewtonReply

Well parallaxity for "normal" objects (like trees which are a bit in the foreground, not the hud objects) should be a bit easier. They shouldn't be parallax from 0,0 but form there position in the landscape. Looking directly at the object should show it in its unshifted position. Perhaps also a maximum of parallax shift would be good, so you wouldn't have to much problems with parallax objects and different resolutions.
In the system like it is now it's very hard to make for example an forest with a couple of parallax trees in different layers.
Quickreply RandrianReply

I am not sure: In any case, the trees roots will slide forth an back in the earth. Care to test that with the CR engine?
Quickreply NewtonReply

> some replacements for stuff in the Graphics.c4g

Matthes substantiated this: We need Loader*.jpg, GUIButton.png, GUIButtonDown.png, Startup*BG.png, StartupDlgPaper.png, StartupTabClip.png. I'll probably simply replace them by boring "programmer art" so that the artists can keep concentrating on the more important ingame stuff for the moment. But if anybody wants to take a shot at creating something that we can keep, feel free.
Quickreply GüntherReply

I didn't actually intend for those placeholder graphics to be long-lasting, but okay...
Quickreply GüntherReply

Date 2009-05-25 16:46
Actually is a fill-word. More like "eigentlich". Web translators are fucked up.
Quickreply CaesarReply

Date 2009-05-27 18:32
So we need graphics different from Clonk Rage? So could we use the old graphics from Clonk Endaveour? The old rock graphic looks quite better than the Clonk Rage Stone Graphic.
Quickreply kevdaReply

We need graphics on which we have the copyright, more or less :)
Quickreply ZapperReply

I made a wood graphic. I think that is good in concept would fit. I have a homemade texture used. Upon request, I can give you a lighter or darker version of it. The model currently consists of 8 vertices. To me more would be available, I could make it more realistic. If bump maps for objects should be supported, I can make some realistic bumps.

Not bad :) But the right graphic is after my opinion too "fat" (too high). xD But it's really good that the object has just 8 polygons. But okay... a wood plank hasn't as many polygons as a rock or a gold nugget.
Quickreply PiranhaReply

First I made the wood deeper. But when it's so, clonks can collected them easier, I think.